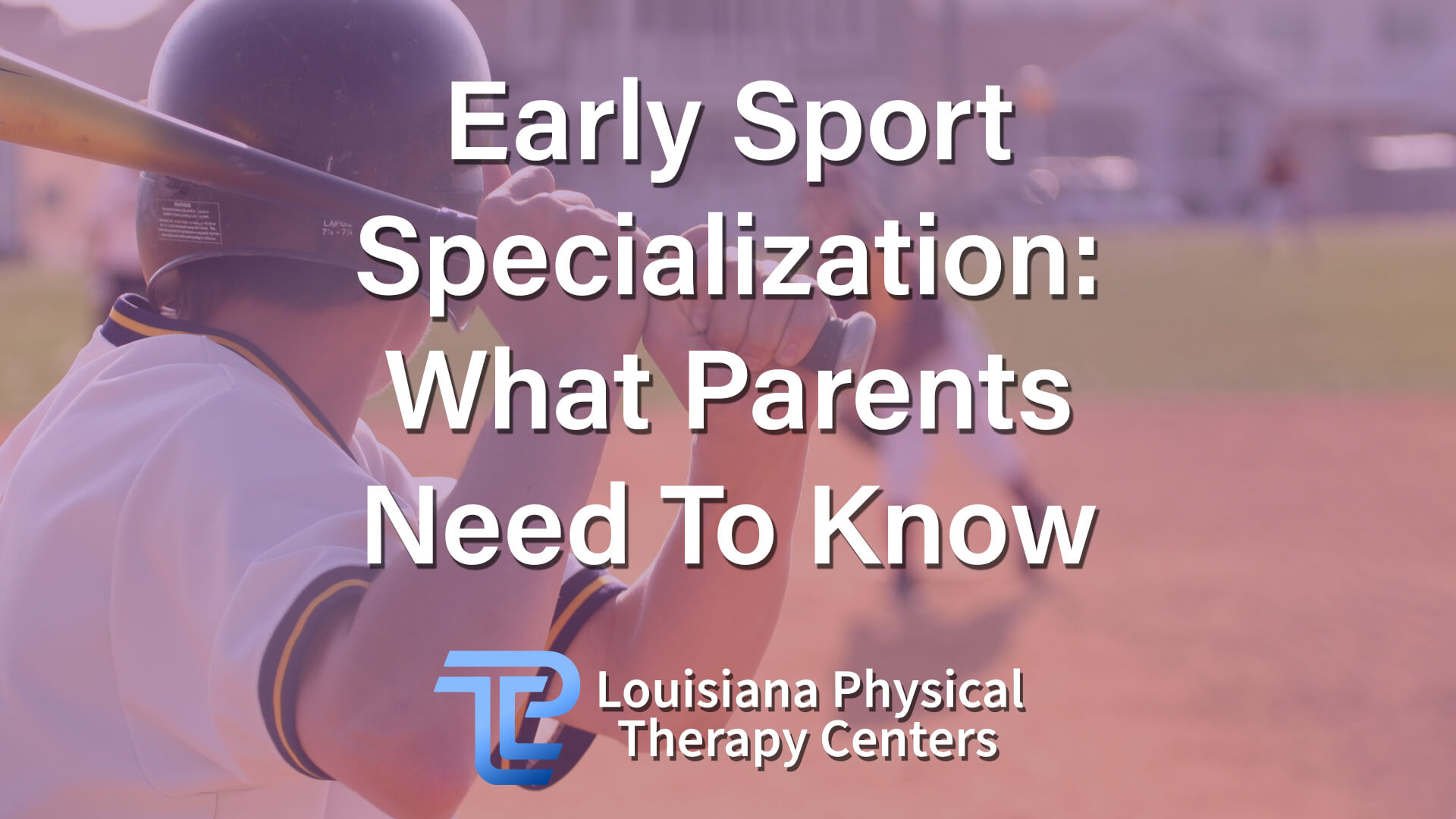 It is becoming more popular for young athletes to specialize in a single sport. The advantages seem obvious. Putting in more time early and “outworking” the competition should lead to a better chance of success later right? Even though that seems to make intuitive sense, early specialization may not be giving kids the advantages parents think and comes with some risks.

The obvious advantage is skill acquisition. Baseball players use the off-season to work on hitting or pitching mechanics, basketball players work on their shooting, and tennis players might work to develop their serve. Specific skills like these do take time and repetition to develop. Athletes who spend more time developing them will likely have more skill. But what are the costs?

Focusing on specific skill acquisition comes at the cost of overall athletic development. Athletes who participate in many sports gain more athleticism and tend to have more strength, balance, speed, and agility.

Athletes who participate in a variety of sports give their bones, muscles, and tendons exposure to a wide variety of forces. Athletes who specialize early have more repetitive stress that puts them at a higher risk of injury.

Specializing early in a sport puts athletes at risk of burnout and psychological fatigue. When athletes participate in club sports, travel teams, or extra off-season practice for the wrong reasons or when they’re not fully invested mentally and emotionally, it can be detrimental. Athletes who suffer psychological burnout are much more likely to lose interest in their sport, or even worse – physical activity in general.

Lastly, research has not supported the idea that early specialization leads to long term success. In fact, it shows the opposite. A study of international athletes looked at the time that they began specialization. It found that the elite athletes played multiple sports during their developmental years (defined in the article as 11 and younger). Near-elite athletes specialized at a younger age. The study concluded that waiting to specialize until the athlete reaches physical maturity could be more likely to result in elite status. A study of Olympians came to the same conclusion. A 2014 survey by the USOC found that Olympians averaged 3 sports per year from ages 10 – 14, and 2 sports per year from 15 – 18.

Early specialization may lead to earlier acquisition of sport specific skills, but comes with multiple disadvantages:

For athletes who aspire to play at collegiate or higher levels, specialization becomes necessary at some point. While the right time to specialize will vary from athlete to athlete, there are some guidelines.

We take pride in the individualized hands-on care that we give out patients. In all situations, we will make sure to take the time to answer all of your questions and address your concerns. We strive to make each patients experience pleasant and effective. We help you restore strength, mobility and function to your life.